If you like me surf television channels at 9 looking for entertainment, you would no doubt be exasperated with the various debates which all news channel purport in the name of news. You find various people irritating the hell out of you. What we lack however is a proper scale to measure the nonsense spewed by each of these people. This is where the irritant scale developed by me comes in. After a scientific method I have ranked the top 5 irritants on TV at 9 along with their rating on the irritant scale
Arnab Goswami - The most common refrain heard on the Newshour debate is "Mr Goswami , please let me complete." You may be a member of the opposition, the ruling party, a journalist or a common man or even God himself, Arnab WILL interrupt you while you are speaking. He will also punctuate his sentences with a very emphatic Aaah very much like the prophet looking down on his poor subjects. Arnab  single-handedly is judge jury executioner, prosecution for the defence and the public prosecutor all rolled in one. In any debate, you would be hard pressed to figure out which side Arnab belongs to. He will oppose you no matter what your point is. To punctuate his defence, he showcases all his mindless arguments with "the people need to know....the people will not wait....country wants to know....the country will not wait." Keeping his opposition to anything and everything in mind, there is currently a bill pending in parliament to rename the opposition benches as the Stand of Arnab. Ladies and Gentlemen with a rating of 4.85 on 5 of I give you # 5 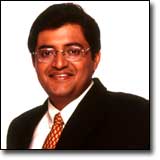 Derek O'Brien - They say politics makes strange bedfellows. Well actually in case of Mr O'Brien, politics makes strange fellows. A long time ago, Mr O'Brien was a very good quiz master. He would come on TV once a week, ask some questions to which he knew the answers and generally helped us enjoy a good Sunday brunch with his pleasant demeanour. Today Mr O'Brien comes on television in his alter avatar of TMC spokesperson and continues to huff puff and chaff on television every single day with amazing alacrity. He is opposed to the capitalist policies of the centre completely ignoring the fact that his state following socialist policies is possibly the most bankrupt state in India today. He will oppose any form of price rise - be it the rise of railway fares , food products , electricity , diesel petrol etc. no matter how economically justified they may be. This is perhaps the reason why the curtain of insanity does not rise from his eyes. Presenting #4 with a rating of 4.87 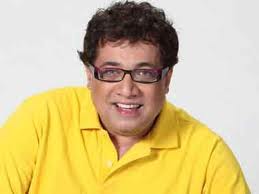 Renuka Chowdhury - Anyone who sees Renuka Chowdhury performing in front of the TV cameras would agree that she would have graduated with honours from any school of performing arts. Her biggest and most intelligent contribution to any debate is rolling her eyes and nodding her head from side to side irrespective of the fact that she is trying to defend the impossible. I have seen debates where she has countered Indias most noted economists with a very intelligent "No no no no .. this is not right" or an equally well thought of "Ha Ha Ha". Besides her diploma in making faces, Ms Chowdhury has also received a doctorate in the art of being completely clueless in every known topic under the sun. I would love to try and argue against some of the comments made by her but after racking my brains, I have realized that Ms Chowdhury has made no comment whatsoever. The only thing that I can recall is her saying "You must look at what the government is doing" To that my dear lady my response is "Please wake up and smell the reality". At #3 still Clueless with a rating of 4.98 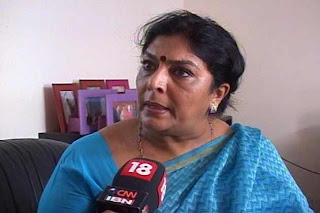 Manish Tiwari - Manish Tiwari is a modest self assuming man. There .. Admit it you laughed. It is impossible to even imagine any part of Manish being anything less then pompousness personified. If we were ever able to convert bullshit into fuel, Manish Tiwari would end up single handedly supplying enough raw material to take care of the worlds needs. One wishes that Manish's command over English was matched by his command over facts. You may think diamond is strong. You may also think titanium is strong but they pale in front of the strongest material known to man -Manish-skin-atium. Any accuatsion no matter how truthful it is will bounce of it. At least once the congress loses in 2014 , Manish will not have to worry about an alternate occupation. I understand Cameron Balloons of Bristol (the worlds largest hot air balloon manufacturer) is looking to hire Manish as the only non mechanic hot air balloon blower. At last count there was a belief he could blow one every five minutes. Runner up with a rating of 5 on 5 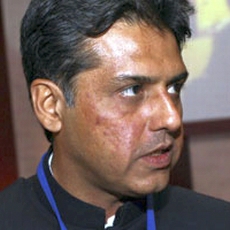 Digvijay Singh - One would feel that this competition would have a lot of people running neck to neck, However it is a sign of your greatness when you leave the competition miles behind. Digvijay Singh remains the undisputed number 1. He is the Sergey Bubka of the world of insanity. His only competition is himself and every time you think he cannot do better, he finds a way to top the last absurd comment he made. One has to admire Digvijay Singh for the unflinching expression on his face irrespective of the fact that he is speaking monkey crap of the highest order. Sample this - He believes that the person who has allowed Mr Vadras file to go through at breakneck speed should be given a medal for the efficiency. . I understand the makers of HMV (His Masters voice) records are now looking to replace the dog and the gramophone with a photograph of Digvijay Singh as he epitomizes exactly that feeling. With a rating of 10 on 5, the undisputed King of the irritants 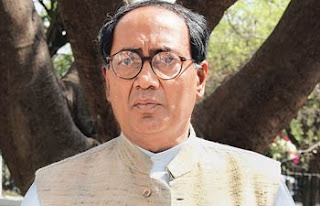 Unknown said...
This comment has been removed by the author.
3:30 PM

Unknown said...
This comment has been removed by the author.
4:12 PM

Some of these things interest me. You may want to look at them